The construction of the Base to Base Gondola has long been a dream. For nearly a century, local resort leaders have imagined a European-style ski circus that would connect from Sugarbowl all the way to Lake Tahoe. This is a look at the history of their plans, and how pieces of it came to life. Written by Nancy O’Connell, Associate Editor of the Palisades Press.

Photo above: An aerial view of Olympic Valley circa 1945. Note the natural path of the creek. Photo courtesy of the Poulsen Family Collection.

Please note that this article contains references to and the use of our old name, Sq**w Valley. If you would like to know more about why we changed our name, please read our 4-part Name Change blog series.

The multi-year project to build a Base to Base Gondola, connecting Olympic Valley and Alpine Meadows, is launching with the 2022-23 ski season at Palisades Tahoe –  the culmination of a decades-old community dream. To anyone who has ever skied at either resort, connecting the two seems obvious. Yet the execution of this vision has been complicated, with multiple twists and turns.

When Wayne Poulsen, the first non-Indigenous settler of Olympic Valley, explored this area in the early 1930s, he envisioned a European-style ski circus that would extend from Sugar Bowl all the way to Lake Tahoe. Getting all the way around the lake is complicated, but a ski circus from Sugar Bowl to Homewood is theoretically possible, with two lifts to connect Sugar Bowl to the bottom of Shirley Lake, the Base to Base Gondola linking Sq**w and Alpine, and then another lift or gondola to bridge the gap from Ward Canyon to Homewood.

After Poulsen lost control of Sq**w Valley just before opening day in 1949, he hired architect Paul Jacques Grillo to design a master plan that included a chairlift up Papoose Peak and another down the backside into the then undeveloped Ward Valley, with a series of Poma lifts built to access more terrain in Ward Valley. In the early 1950s, Poulsen drew up plans to ski from Alpine Meadows all the way to Lake Tahoe. Despite the research and planning, Poulsen and his wife, Sandy, passed on the chance to buy Alpine Meadows and Five Lakes for $2,500.

Several years later, when John Reily was developing Alpine Meadows, he considered linking the two resorts. His original idea was to build a lift on the backside of KT, and another lift on the backside of Papoose. But the southern exposure on the Alpine Meadows side, combined with frequent avalanches, prompted Reily to shift his focus further up the valley to Ward Peak. Reily had also skied in Europe and wanted to build a gondola from the top of Ward Peak to the top of KT. He was convinced this would attract year-round visitors and planned a restaurant with views of Lake Tahoe and both ski areas at the top of KT.

Reily built a restaurant at the top of KT-22 in 1959, but that was as far as he got. The building served two purposes, both to establish his territory at the top of KT and as a lookout, to showcase his planned development to potential investors. The building was also used as a television transmission center during the Olympics and opened in the summer of 1960 as The Cornice restaurant.

While the restaurant was an interesting project, the only access was via the KT-22 chairlift. Some patrons reportedly chose to walk down, rather than downloading on the chairlift. But Resort President and Chairman Alex Cushing often met with Riely up at The Cornice and the two men debated the merits of a lift on the backside of KT. Cushing was in favor of the idea while Reily had his reservations. Yet both men agreed that the two areas could be joined in a ski circus from Sugar Bowl to Lake Tahoe.

Sadly, Reily was not able to raise the capital needed to bring his vision to fruition and he lost control of AMOT (Alpine Meadows of Tahoe) to the Bear Creek Association. Alpine Meadows opened on December 28,1961. Byron Niskian replaced Reily as President and his focus was on developing and building his resort. Cushing also became busy, expanding Sq**w, building new lifts, expanding terrain, adding the gondola, and then the Aerial Tram. The idea of connecting the two resorts wasn’t a priority, given the significant needs and demands of each resort and a finite source of money.

The dream to connect the two resorts was sidelined, only to be revived in 1979. The U.S. Forest Service wanted to find a way to meet the increasing demand for new ski terrain and development of new ski areas on federal lands in California. Local architects David Tucker and Tim Ward resurrected the idea of a ski circus and drafted plans to allow skiers to travel from Boreal Ridge on Donner Summit to Homewood on the shores of Lake Tahoe’s west shore, using a combination of lifts and ski runs.

Their logic was to expand skiable terrain without constructing new resorts. By concentrating skiing along the Sierra crest, impact on the environment would be minimized by eliminating separate roads and necessary base facilities to separate areas. But the project faced significant conflicts and huge practical considerations: who would build and maintain these lifts,  and who would patrol the area to keep it safe? The project couldn’t get funding and was once again abandoned.

Following the merger of the two resorts in 2012, connecting Alpine Meadows and Olympic Valley seemed obvious, but there were still significant hurdles to deal with. Connecting the two mountains has ultimately been about timing, financing and coming up with a plan that everyone agrees on. After meeting with the Granite Chief Wilderness Protection League, addressing their concerns, and finding a middle ground, the project started to move forward. Significant resources are now earmarked for mitigation and preservation in the Granite Chief Wilderness and the project was given a green light from Placer County in 2019.

Troy Caldwell, who owns White Wolf Tahoe with his wife, Susan, has also been an integral part of the Base-to-Base Gondola project. White Wolf sits on 275 acres off the backside of KT-22, squarely between the two ski areas, and the gondola runs right through White Wolf.  The Base to Base Gondola project isn’t really feasible without crossing Caldwell’s land. Following the merger of Sq**w Valley and Alpine Meadows in 2012, former SVAM President Andy Wirth knocked on the Caldwell’s door and discussions began in earnest. “This has really been about developing a good relationship where we’re all focused on a common goal. This took longer than we thought, but it’s finally happening,” he said. “I never doubted it would.”

Caldwell, a former member of the U.S. Freestyle Team in the 1970s and a long-time employee at Alpine Meadows, remembers an article in Ski magazine asking the question of why the two resorts weren’t connected. “It opened my eyes,” he said. After competing on the World Cup in Europe, he had seen how a group of small resorts connected with each other, forming these large, sprawling ski circus complexes. Back home in Alpine Meadows, he says he’d look up and think “these are two really nice mountains. It would be great if they were connected.”

While there are no formal plans for Tahoe Sierra Ski Circus beyond the gondola that will connect the two resorts, the idea of a ski circus still entices many area skiers to dream about the possibility. Local historian and author Eddy Ancinas, pointed out some significant impediments to such a plan. “It’s a wonderful idea but it’s impractical in the Sierra,” she said. “In the alps and the dolomites – there are small villages at the bottom of every mountain. Plus, the concept of ski area boundaries is an American thing. In Europe, that doesn’t exist. You’re dealing with several separate resorts, with different resources and management styles. That’s a lot to coordinate and negotiate. But I’m perfectly happy to ski these two mountains. The new gondola makes it really easy to do that.”

Ancinas has called these mountains home for decades. She speaks from personal experience and a deep respect for the land. “That’s a lot of wilderness from Sugar Bowl to Homewood. I’ve hiked back in there. It’s wild and lonesome, and I’m not sure I want to see lifts across that. We have a very different perspective  – we’re much more conservation-oriented here. Thank God we’ve got the Desolation Wilderness. Maybe we should stay the way we are? It’s not really our culture.” Despite her personal viewpoint, Ancinas is quick to point out the attraction of such a plan. “Six visionaries from Poulsen and Reily to area developers Nick Badami and Alex Cushing have all looked beyond their boundaries to the possibilities of combining them in a ‘Sierra Ski Circus.’ The dream lives on.”

For further reading: Sq**w Valley & Alpine Meadows: Tales from Two Valleys by Eddy Ancinas is available at many local Northern California booksellers and on Amazon. Mountain Dreamers: Visionaries of Sierra Nevada Skiing by Robert Frohlich is available on Amazon. 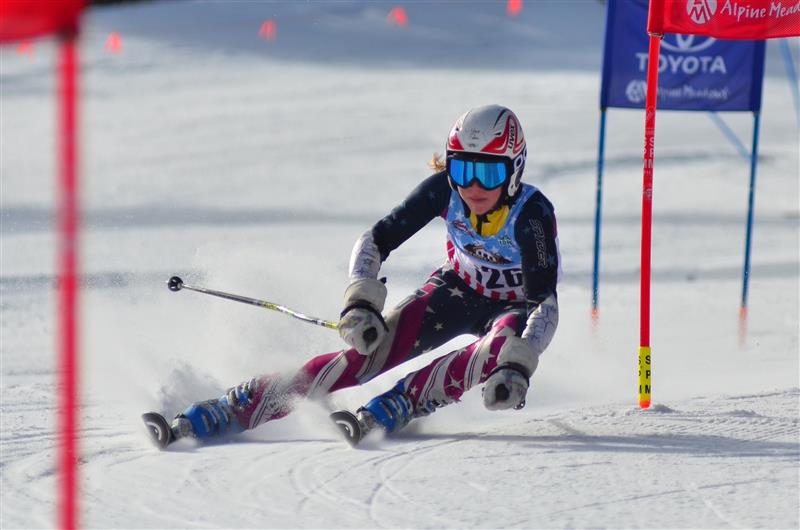 Base to Base Gondola Challenge

Between February 1st and February 28th, you'll have the opportunity to win some seriously cool prizes. On Instagram, share how the Base to Base Gondola changes your experience riding all 6,000 acres uninterrupted at Palisades Tahoe using the hashtag #BaseToBase. One winner each week will score a GoPro HERO11, a YETI Hopper, and a Palisades Tahoe signature beanie. PLUS, weekly winners will be entered to win the Grand Prize: a 2023/24 Ikon Base Pass‼️ Originality, creativity, and helmets are strongly encouraged... Good luck and get out there!
Read more Sierra Sightseeing Pass: Itinerary for Riding the Gondola, the Aerial Tram, and the Funitel

One of the best ways to see the Lake Tahoe region and the surrounding mountains is from one of our three enclosed lifts. Palisades Tahoe has the unique position of having a Gondola, an Aerial Tram, and a Funitel, and you can ride all three of them when you visit us. Our Sightseeing Package gives you all-day unlimited access to ride these three lifts as much as you want. If you're not in the mood to ski or snowboard, or you're looking for a different perspective on how to enjoy Palisades Tahoe, we've got the perfect itinerary crafted for you:
Read more