What a season we’ve had so far, and it’s still going. Take a look back at some of the season milestones that led to what might be the longest season ever! The 2016-17 season kicked off on November 23 the best way possible – with new snow! The stoke was high as we took our first laps of the season on 4″ of fresh snow that continued throughout the day. Skiers and riders were fired up, taking the snowy weather as a sign of an amazing season ahead… Mother Nature and Santa worked together in December to deliver the month’s first BIG storm in time for the holidays! We woke up to 14″ of fresh powder on December 24, and a bluebird powder day with a 21″ storm total on Christmas Day. Who could forget January? It snowed 16 out of 31 days and the monthly total reached 282 inches. That’s over 23 FEET, making January 2017 the snowiest month at Squaw Valley Alpine Meadows on record! February is historically very snowy in the Sierra, bringing the most average snowfall of any month. This February we received 196 inches (over 16 feet), making it the snowiest February on record! Needless to say, once the lifts were dug out we enjoyed plenty of powder on the slopes. Alpine Meadows on March 7, 2017. Photo: Matt Bansak
On March 7 following a 3 foot storm total, we officially broke the 600″ mark for the season! This is only the 3rd time in recorded history that our mountains have reached 600″. Silverado Zone at Squaw Valley on April 9, 2017. Photo: Ben Arnst
The Spring season may have officially started in March, but powder days continued into April. With several spring storms, our season snowfall total broke 700 inches on April 14, 2017. This is only second time in recorded history that our mountains have reached 700″!

Operating into Summer, as Long as the Snow Lasts Spring skiing is here and it won’t be going anywhere for a while! With a cumulative snowfall of 714 inches, nearly 60 feet, and a base depth of more than 20 feet, we plan to continue operations at Squaw Valley as far into summer as conditions allow. Here’s a look at our plan for the upcoming months following this record-breaking season:

As conditions allow and the snow lasts, Squaw Valley is gearing up to operate the Shirley Lake Express chair on Saturday’s in July…or August! Our groomers will be working to relocate snow to the area to maintain snowpack and allow for summer skiing and riding. Basically, we plan to let you ski as long as the snow lasts! 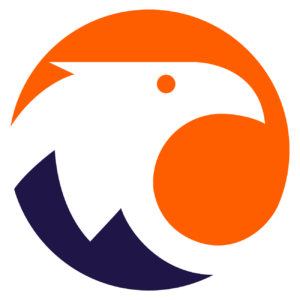